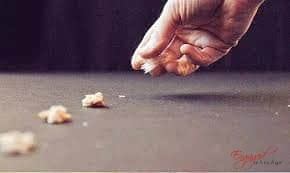 Is He Bread-Crumbing You? | Engaged at Any Age

Ladies, there is yet another new dating buzz word that I need you to be aware of. It’s called breadcrumbing and in my opinion it’s even worse than ghosting! Why? Because as painful and irritating it is to be ghosted, at least you know it’s time to move on. With breadcrumbing, a man keeps you hanging on through the least amount of effort he can – in effect, tossing you crumbs –  and leaves you wondering if he really wants to date you, or if you’re just a back-up plan. You may know it as being strung along. He gives you just enough attention to keep you around, running hot and cold depending on his whims and his schedule. Not cool at all! Here are some red flags to look out for to guard against this obnoxious behavior!

Friends, your time and love are just too precious to waste on low quality men who play games like this! The cost of maintaining contact with someone who breadcrumbs comes in the form of uncertainty and anxiety, never wanting to be without your phone lest you miss a message from him, or keeping your calendar open in case he has some free time. It’s not happening! You deserve better than this manipulative situation (and believe me, it is – there’s plenty of forethought!)

Please know that there are quality men out there who, like you, have had enough of the games and who know time is valuable. Stop collecting those crumbs! Tell this guy his little birdie is flying the coop… and mean it. 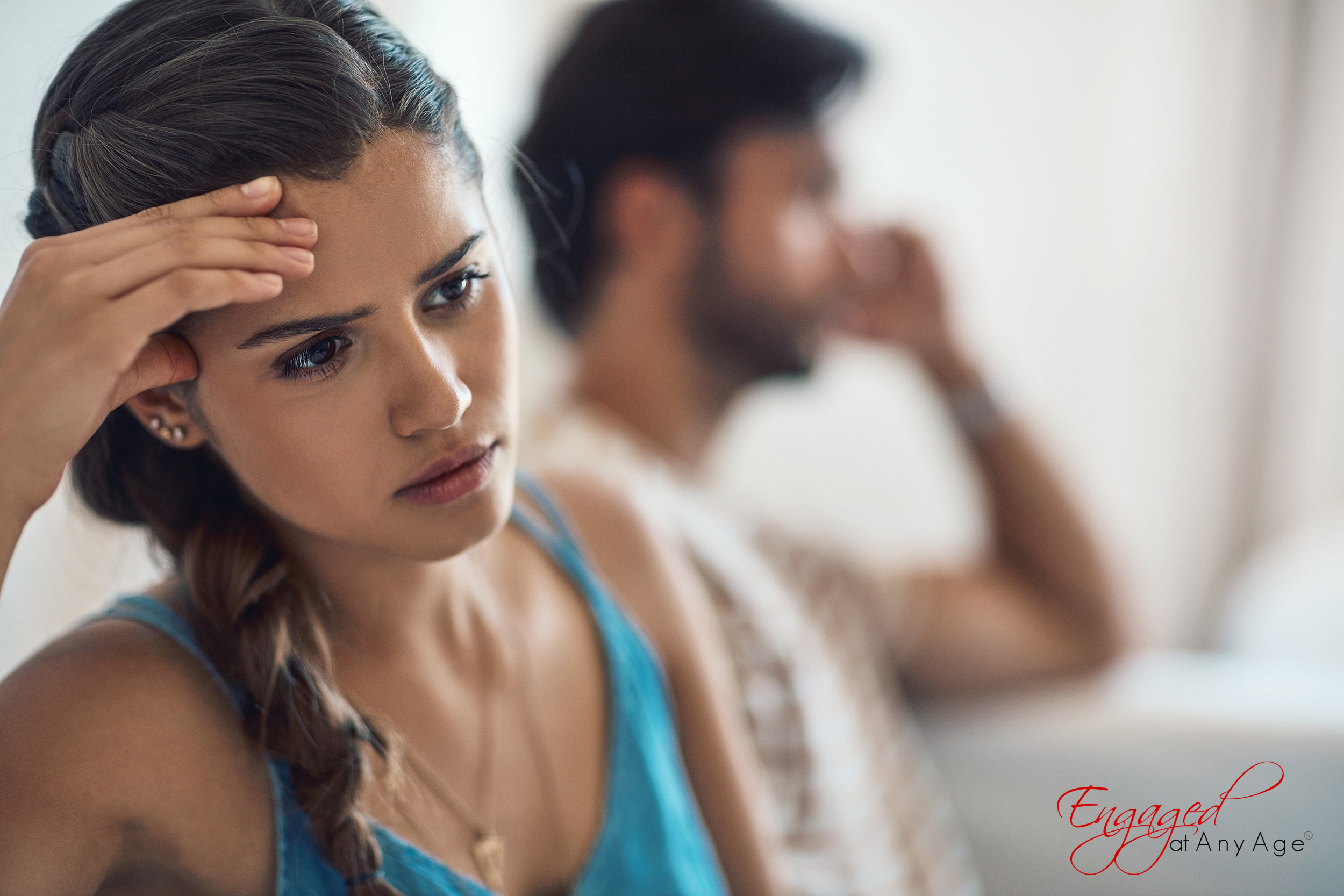 Stop Selling Yourself Short! | Engaged at Any Age 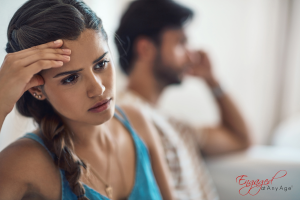 Something has been puzzling me. Why do I know so many women who won’t settle for less than the best in everything they do – caring for their family, their career, how they present themselves to the world – yet will continue to make excuses for the men they date who continually disappoint them?

I had a friend who, in her 20’s, had a boyfriend who would call her on the spur of the moment, and she would jump at the chance to spend time with him even though he hadn’t given her any notice. His birthday gift to her one year was a collection of stuffed animals from a smoky bar’s “claw machine,” and they smelled like it too. She explained away this kind of thoughtlessness by saying he was so busy, he was saving his money for a house, etc. etc. etc. Mind you, this was a woman who had a graduate degree, a good job, great looks – the whole package. She was (is!) thoughtful and kind and would never treat anyone the way this guy treated her. Yet she hung on for several years, thinking she would be the one to change his behavior. Spoiler alert – she didn’t.

No matter how many times her friends and family told her he was not good for her, it wasn’t until she finally realized she was worth more than that she finally cut him loose.

It’s one thing to put up with that kind of behavior from a man when you’re young and naïve. Quite another to be in your 40’s or beyond, mature, successful and accomplished!

I want to challenge you this year to honor the woman you are today!

Raise both your standards and your self-esteem by refusing to spend your precious time on men who clearly aren’t interested in a long-term, mutually beneficial and authentic relationship. Look closely at your dating pattern. Does any of this behavior sound familiar in your partners, past or present? If so…time to re-examine!

If you saw a friend dealing with this kind of garbage in her relationship, wouldn’t you be fed up for her? Wouldn’t you tell her to move on? Of course you would.

Be a friend to yourself and repeat that you deserve nothing less than the best. Then start working on finding it! 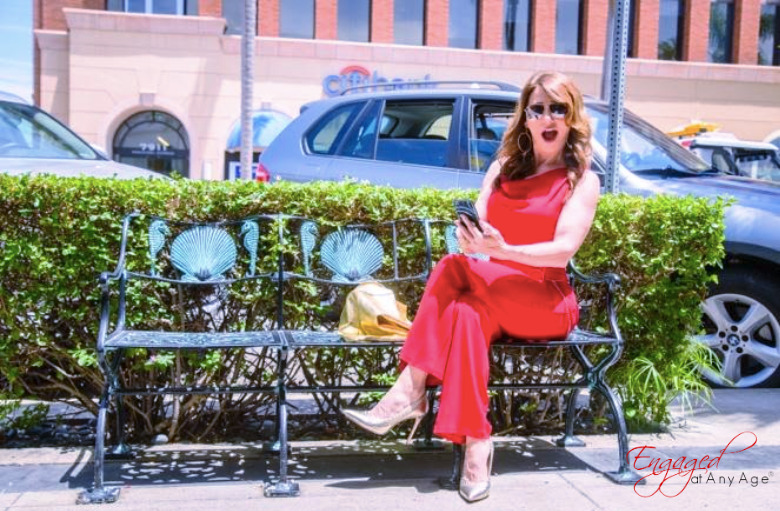 How to Stop from Getting Friend Zoned | Engaged at Any Age 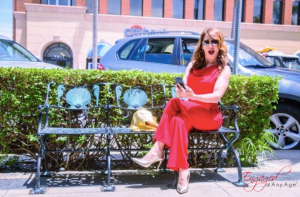 I’ll never forget the night a friend of mine came to me in tears! She had been at happy hour with a man she had a huge crush, listening to him talk about his day, fantasizing about what it might be like to be married to him when all of the sudden he said the thing that broke her heart. “Oh Amy,” he said tenderly and genuinely, “you are SUCH a good friend.”

Here she was, wedding planning in her mind while the whole time he was thinking of her as a buddy. It’s so disheartening and honestly it can make a woman question herself, her worth, even her femininity!

Here are three things you can do to avoid getting boxed into the friend zone!

I’ll never tell you to be fake, but who doesn’t appreciate a little extra effort. Turn up the charm, send those attraction signals and you’ll quickly shift from buddy to BABE! 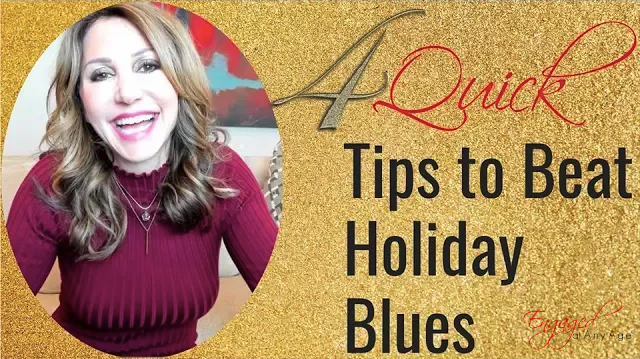 In today’s video, I talk about how hard the holidays can be when you are single and give you some tips to sidestep all the mental drama associated with being single over the holidays.

Go here to join my Free Ladies Club Facebook group and you’ll always have someone to talk to, someone who shares your goals and dreams and wants you to succeed!
Categories : All About You, Dating, Relationships
Tags : Affection, attract your ideal man, confidence, dating, fall madly in love, feminine energy 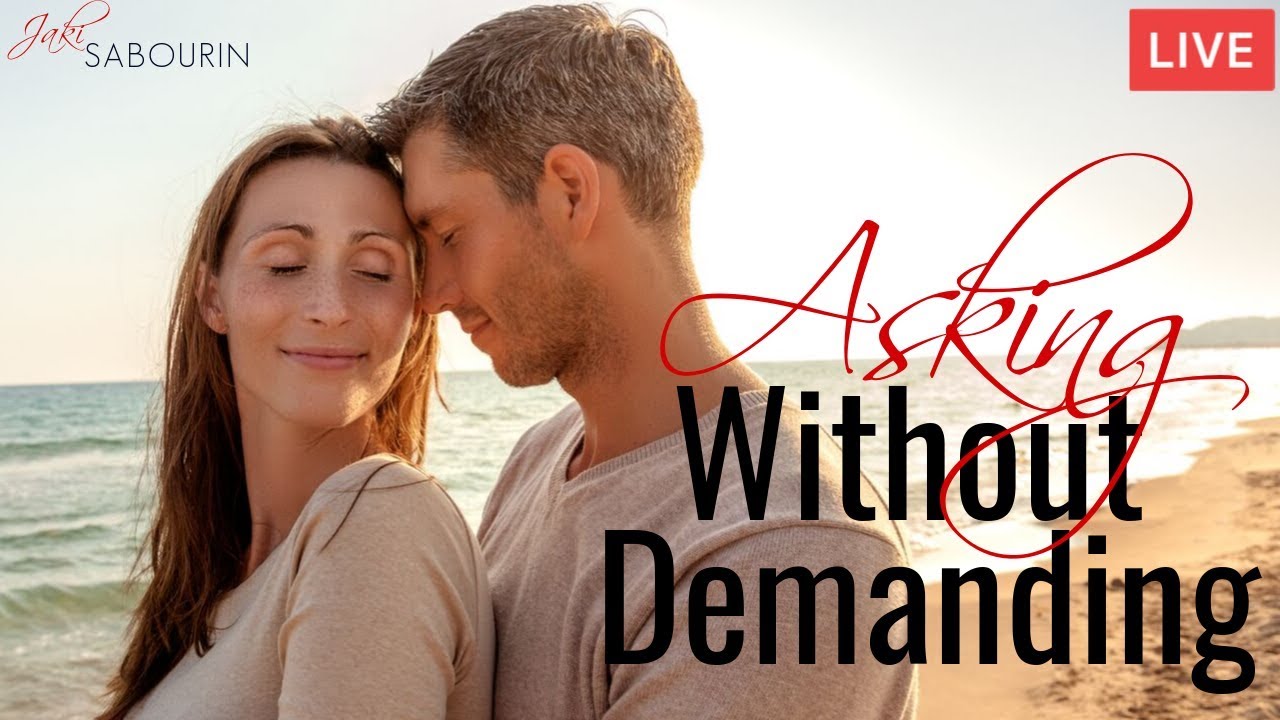 Asking Without Demanding | Engaged at Any Age

In today’s video, I suggest monitoring your tone of voice, choose your words carefully, use “I” language.  Another important factor is timing! Timing is everything when you ask for what you want. 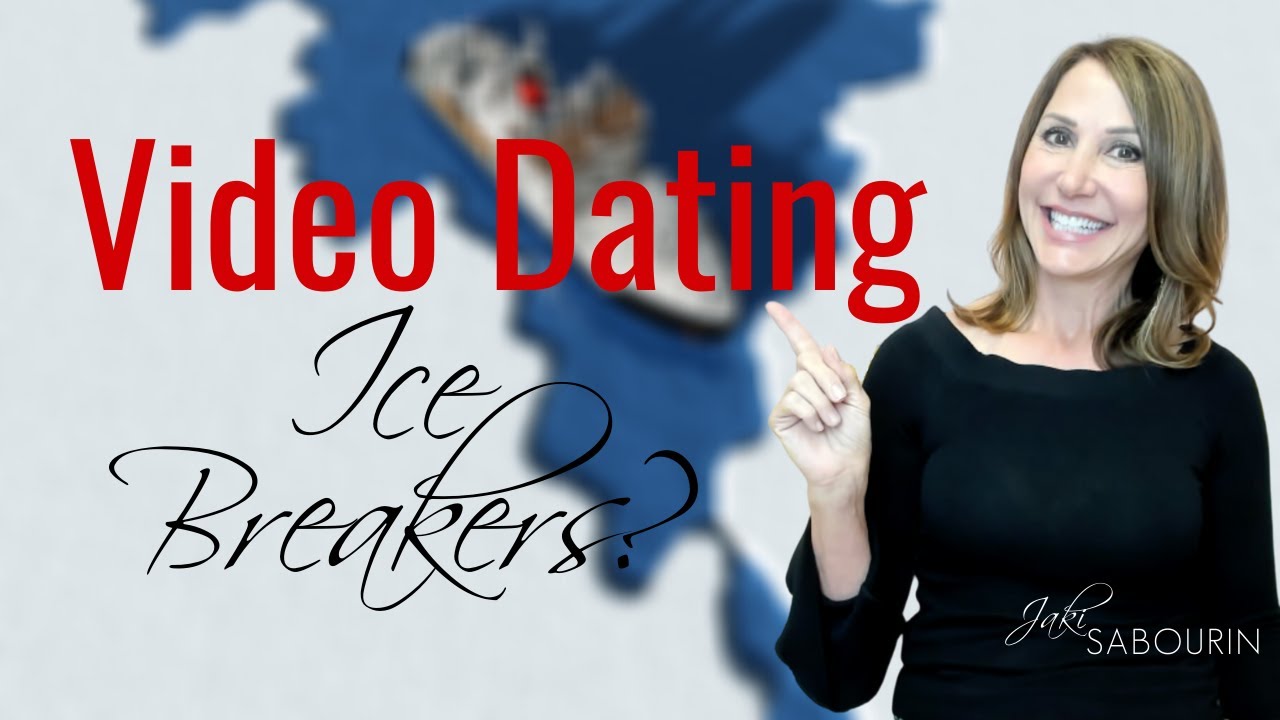 Are you feeling discouraged and overwhelmed? There was a moment earlier this week that I was feeling that too, and I had to take STOP and take a spiritual time out. In this video, I give you a few tips on how to stay more present and avoid the “rabbit hole” thinking that typically ends with you feeling even worse!  I also give you some tips on how to break the ice on video dates so make sure you click below to watch the video:

If You’re Post Divorce – Don’t Settle! | Engaged at Any Age 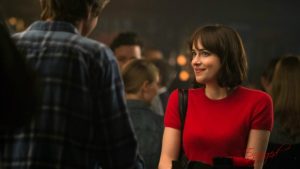 I work with a lot of women who are looking at a new beginning, many because they are divorced.

Starting over after a divorce can be hard emotionally, plus getting back into dating isn’t always a task we want to tackle. Your heart might still be pretty raw!

On top of that, we may have underlying thoughts that make it difficult to put ourselves out there due to the breakup. We can be left wondering if we will ever find someone who is ready for a real relationship. Someone who will treat us the way we want to be treated. Or maybe we are worried about making another mistake!

All that combined can be enough to make you want to join a convent—I’ve heard A LOT of women joke about that—or swear off men—yep, I’ve heard that one too!—but let’s look at it a different way.

You already know what doesn’t work, and you have a better idea of what you’re looking for now that you’ve been through the battle! And we both know that money is a BIG issue after a divorce. Finding a man who is financially secure is important because, let’s face it, as a successful woman who has it all together, we want someone who is right there with us.

One of the biggest issues in relationships can be finances. So if you feel a little nervous about looking for someone who has all their stuff together financially, don’t be! You’re not greedy. You’re not a princess. You just want someone who is your equal. And that’s awesome!

Someone who doesn’t have direction or is always struggling to pay off credit cards or hasn’t bothered to save any money for the future isn’t someone you want as a partner, so don’t believe for a second that it’s ok to accept that. You know what you deserve, and that’s someone who has their finances together, just like you do! The total package is out there <name> so you don’t have to choose between desires!

Don’t accept a date from a guy who isn’t on par with you just because a friend told you it’s time to get back in the game or because he has the most beautiful blue eyes or whatever! Know what you want, and don’t accept anything less!

You’re amazing, and he should be too! 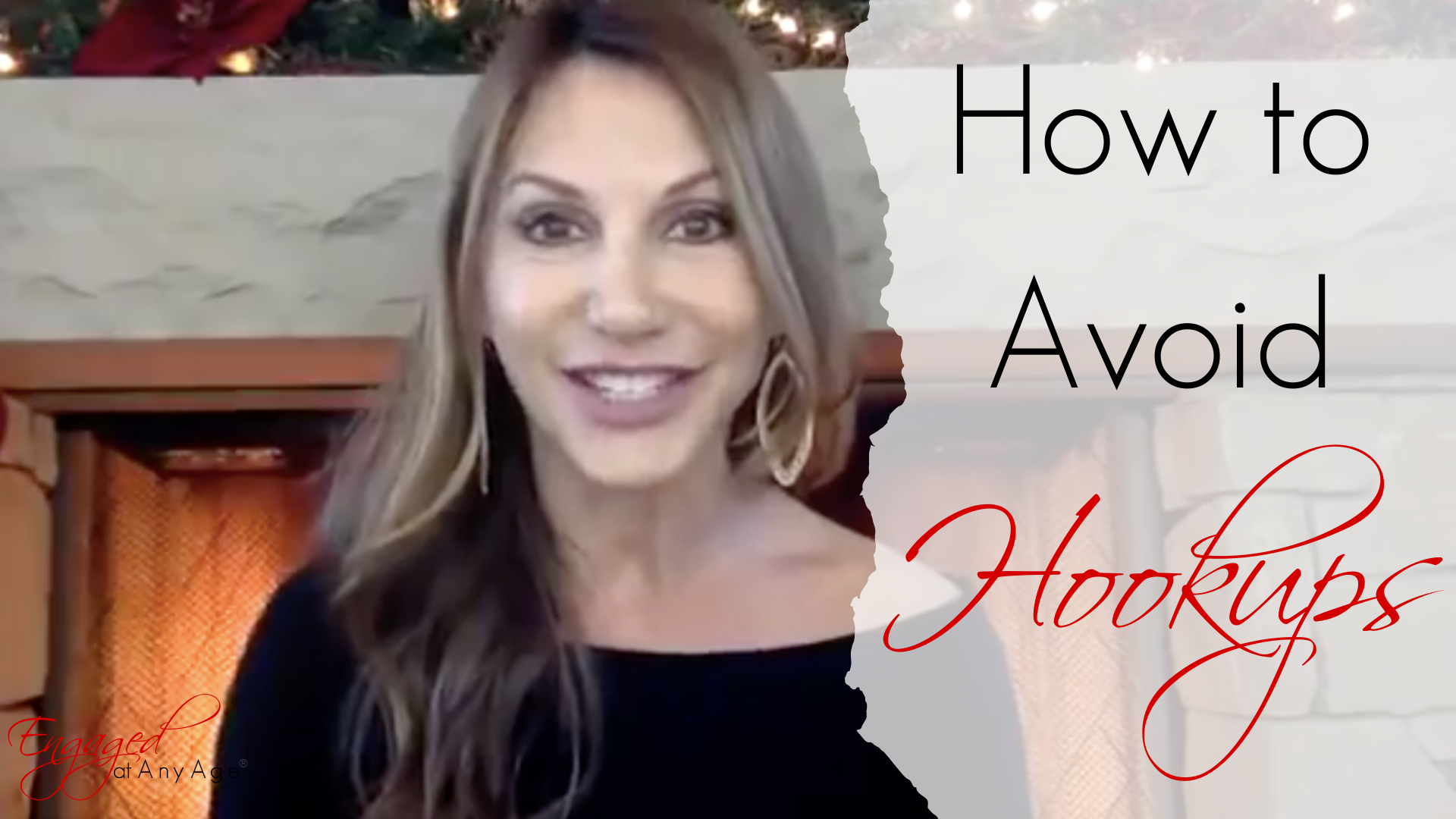 How to Avoid The Hookups | Engaged at Any Age

Do you ever feel like you need to put “Serious relationship inquiries only” on your online dating profile? Does it seem like most of the guys out there are just looking for a hookup?

If that resonated with you, I’m sure you are feeling the frustration. You meet someone with potential, and he’s perfect on paper, but when you want to meet him, he asks you to come over for “a movie and cuddles.” Seriously?

I don’t care if he is a math professor and a model—that is NOT what you’re looking for. And you deserve so much more.

Finding a guy who wants something more than a casual hook up when you meet them in the real world may seem like a challenge, but those guys really are out there. It is easier to talk about intentions online than in real life, so when you talk to them, let them know what you’re looking for. Be honest.

Usually, they will be honest, too, if they are only looking to hook up (after all, they aren’t going to meet their goal with you!). Then you don’t have to worry about wasting your time on a “date” that is heading in the wrong direction.

But a word of caution, name, don’t settle! If you suspect that he’s only looking to hook up, trust your gut, and don’t waste your time. And if you go out with a guy who only wants to hook up, don’t do it thinking that you can change his mind. Remember, men are pretty stubborn. If he wants a hookup, that’s probably all he wants!

You know what you want. Don’t compromise!

Go here to join my Free Ladies Club Facebook group and you’ll always have someone to talk to, someone who shares your goals and dreams and wants you to succeed!
Categories : Dating, Relationships
Tags : Affection, attract your ideal man, confidence, dating, fall madly in love, feminine energy
Next Page »